The Weekly Wright-up editorial staff will be taking a Yuletide break starting next Wednesday, but here's a historic holiday treat before we fire-up the sled dogs and head to northern New York, where a broadband connection is as scarce as a chai latte: 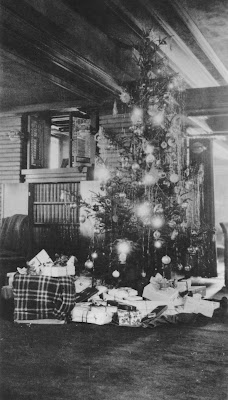 This holiday snapshot, likely taken by Darwin D. Martin, shows the family Christmas tree near the pier cluster at the southeast juncture between living room and library. The tall, slender tree rises above the frieze rails, reaching almost to the common ceiling shared by the unit room spaces.

An array of presents is piled under the tree, including one that appears to be wrapped in a plaid blanket. The tartan of this wrapping provides a coincidental reflection of the "tartan grid" of Wright's plan for the Martin House itself.

Although the photo is undated, another snapshot of the same tree shows family members assembled in front of it; judging by Dorothy Martin's appearance, the photo should be circa 1920.

I hope you enjoy this memento from a bygone Christmas at the Martin House, and best wishes for the Holidays to you and yours!

Posted by EJF at 3:49 PM No comments: Links to this post

Here's and excerpt from Jack Walsh's (President, MHRC) comments to the Board of Directors yesterday (courtesy of his ghost writer):

As you may know, in his Autobiography, Frank Lloyd Wright described a steady diet of Bach and Beethoven growing up in his parents’ household, and he professed to hear strains of Beethoven in his head as he composed his own masterpieces of architectural space.

Goethe’s comment on his friend Beethoven could easily have been applied to Wright as well: “I can well understand how hard he must find it to adapt himself to the world and its ways.” Both were mavericks who changed the course of their respective arts, and one of many things we have to celebrate about the Martin House complex is how it defied architectural convention at the turn of the twentieth century.

And, in the seasonal, Dickensian tradition of Marley’s Ghost, this reminds me of the old story about the visitor to Beethoven’s mausoleum: upon entering the crypt, the inquisitive visitor was taken aback to find a dusty, disheveled Beethoven sitting at a small table, still working by candlelight—apparently unaware that he should be inanimate. But rather than producing notes with his pen, Beethoven appeared to be erasing lines from an existing score. Terrified, but still curious, the interloper asked, “my God, Herr Beethoven, what are you doing?” Beethoven slowly looked up and replied, “decomposing.”

But seriously, now that both Wright and Beethoven have shuffled off their mortal coils, it is up to us to preserve, interpret and share with the world their immortal works, of which we have a prime example here in the Martin House. Unlike the posthumous Beethoven, we are in the midst of re—composing Wright’s “domestic symphony,” note by note and line by line. 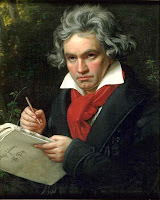 Posted by EJF at 11:00 AM No comments: Links to this post

OK, so maybe my tree / Wright / organicism musings here are a bit of stretch, but the students of the Canisius College Video Institute did a great job profiling the "Carvings for a Cause" project (among others, including Frank Lloyd Wright's Rowing Boathouse): http://www.canisius.edu/videoinstitute/carvings.asp

Amazing what you can do with digital video. I'm not even in the conservatory...what's next, holographic curators? I won't even have to get out of bed. 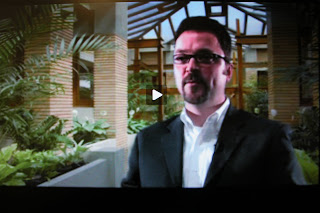 Many thanks to all those docents and volunteers who braved an icy evening to attend my presentation earlier this week, "Confessions of a Furniture-Obsessed Curator - or - Mysteries of the Martin House Historic Furnishings Report, Vol. II." Sure, the title was probably more intriguing than the talk was, but one runs out of Wright puns eventually, so I had to go for the sensational. 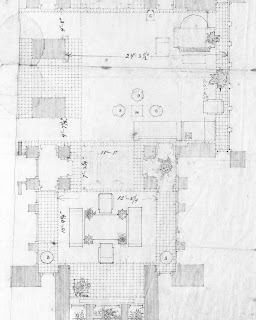 The talk brought to mind this quote from "Dune" author Frank Herbert: