A Reproduction by Any Other Name

Last night's panel presentation, "Keeping it Real," raised some complex questions concerning the intersection of the conservation, curatorial and interpretive spheres.  Perhaps the most philosophically challenging was the matter of the distinction between a replica and a reproduction.  New York State Bureau of Historic Sites paper conservator Michele Phillips has been promoting a working definition of these two terms as they apply to the use of interpretive, "prop" objects in a historic house context.


What's perplexing about this distinction is that such copies, if successfully executed, serve the same purpose:  to stand-in for original objects that are either lost or not suitable for display due to their condition or environmental factors (such as light levels).  Thus, for the observer, successful replicas and reproductions are essentially the same: they are facsimiles that serve to enhance a context, enrich an experience, or tell a story.  For that matter, they are distinct from the more infamous term forgery - a copy that is made to be passed- off as the original for nefarious purposes.


In furnishing the Martin House, the curator / conservators team has utilized both replicas and reproductions.  The prime examples are:  1) replica Japanese ukiyo-e prints, and 2) reproduction dining and library tables.  The tables are clearly in the realm of reproductions:  they closely follow Frank Lloyd Wright's original designs, executed using the original materials and techniques.  They function as the Martins' original tables did.  On the other hand, the "Japanese prints" that now grace the walls and piers of the house are clearly replicas - color ("giclee") prints on Japanese paper, produced by sophisticated 21st century digital imaging and printing methods, rather than by 18th century woodblocks and vegetable-based inks.  Why not show the original Japanese prints from the Martin collection?  Because they are already badly faded, and highly susceptible to further deterioration from light exposure.  Without scrutiny by the highly-trained eye, the replica prints are indiscernible from the originals, and serve the altruistic purpose of protecting the originals by allowing them to stay in storage.

Webster is of little assistance in keeping these terms straight;  definitions of both replica and reproduction indicate an exact copy of an original.  However, reproduction does carry the denotation of something produced again.  Insert a hyphen - re-production - and it's even more clear:  an object was produced at a point in time and now, it's re-produced from the same design, using the same materials and production methods (at least in Michele's definition).

If museum terminology could be copyrighted, Michele would have introduced a hot commodity.  Barring that, I guess we can feel free to reproduce her definitions...or replicate them, as the case may be.
Posted by EJF at 8:20 PM 4 comments: Links to this post

Following up on my post about our fragments of the Imperial Hotel, a reader noted that the interior of the hotel was painted after World War II, so our concrete block may well have acquired its light blue color at that point, before the building was razed and the piece made it's way to the USA.


Posted by EJF at 2:39 PM No comments: Links to this post

An update on Audubon's prized Birds of America:  The Duke of Portland's set of the four-volume, "double elephant" Birds sold at Christie's in New York this morning for a cool 7.9 million dollars.


The Martin family library once held one of the seven-volume Royal octavo editions of Audubon's Birds, noted by Darwin D. Martin as a Christmas gift to his bookish family in 1911.  Though the Martins' set was an edition more common than the Duke of Portland's, it must have had a place of prominence in the Martin library a century ago - most likely on the broad, open shelf of the library table.

As "the finest color-plate book of ornithology ever produced," the exceedingly rare "double elephant" edition is still fetching seven figures - that's more than one nest egg for most.
Posted by EJF at 12:09 PM No comments: Links to this post

Odyssey of an Artifact

Sometimes the provenance of an artwork or artifact - the curriculum vitae of an inanimate object - is as interesting as the inherent significance of the object itself.
This may be the case with concrete block from Frank Lloyd Wright's Imperial Hotel (Tokyo, 1917-22).  This eight-inch cubic block with a recessed square motif now resides at 143 Jewett Parkway, Buffalo, but its pathway of provenance takes a few twists and turns between its creation and present location:
c. 1920:  The block is fabricated in Japan along with various custom building components created by Wright for the Hotel:  geometric blocks, bricks and tiles rendered in concrete, terracotta or Oya stone.  These components, woven into various combinations in the exuberant geometry of the building, prefigure the concrete "textile blocks" of Wright's California houses of the 1920s.  The block is employed as part of a pier detail in the hotel's main lobby (left).

1967:  Former Taliesin apprentice Edgar Tafel writes from the Imperial Hotel to University at Buffalo President Martin Meyerson, saying that two wings of the massive structure are half demolished, as the Tokyo "Save the Imperial" group was unsuccessful in its mission.  Tafel also states that a mutual acquaintance, Hiroshi Misawa, will attempt to obtain some parts of the doomed building for Meyerson's collection...

1968:  The Imperial Hotel is demolished to make way for a larger, International Style edifice.  Four fragments of the Wright hotel are bestowed upon Martin and Margy Meyerson by Tafel, who is engaged in renovating the Darwin D. Martin House (Buffalo, 1904-05) as the University President's residence...


May, 2010:  At the invitation of Mrs. Meyerson, Martin House curator Eric Jackson-Forsberg flies to Philadelphia to accept a gift of Hotel components, among other Wright-designed items (art glass and light fixtures from the Martin House).  The concrete block had been used by Mrs. Meyerson as a plant stand in her Louis Kahn-designed breakfast room (right).  Jackson-Forsberg drives back to Buffalo with a rental car trunk half-full of artifacts...

January, 2012:  After a brief residency in the Martin House Restoration Corporation offices in the Market Arcade, the block is transferred to 143 Jewett Parkway, newly renovated as the MHRC's Administrative Center.  The block continues its leisurely retirement, inspiring conversation and blog posts...


Posted by EJF at 4:34 PM No comments: Links to this post

The Martin House has a remedy for kids' cabin fever this season:  two events in our "Wright Experiences" series to help defrost their creativity. 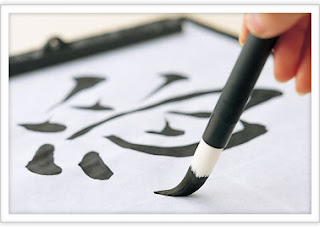 On February 4th from 1 - 4 PM, we'll offer Exploring Japanese Influences on Frank Lloyd Wright Using Mixed Media.  Participants (age 8 and older) will receive an introduction to Japanese art and architecture and its influence on the design of Frank Lloyd Wright, then enjoy experimenting with these aesthetics through calligraphy, origami and book making.  They'll even create a stenciled Japanese wind sock! 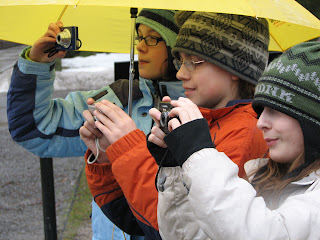 Then on March 3rd (1 - 4 PM), join us for Picturing the Wright Site, a photography workshop for kids.  They'll enjoy an exclusive opportunity to experience the Martin House complex from a photographer's perspective, working with professional and experienced photographers to learn basic photographic techniques and compositional skills.  They'll also receive a friendly critique of their own unique photographs.  Participants will find themselves looking at the Martin House in a whole new light!

Please visit the "Events" section of the MHRC website for more details on these upcoming sessions, including fees and material requirements.  Space is limited, so act soon.  And save the dates for our Wright Summer Experiences, July 16 - 20 and 23 - 27.  Two groups (one for students entering grades 3 and 4, and the other for those entering grades 5 and 6) will run concurrently, with the option to take the first week, second week, or both!  Stay tuned to the Weekly Wright-up and our website for more details.
Posted by EJF at 10:02 AM No comments: Links to this post

Martin in the Buff

Eric O'Malley of PrairieMod has added the Darwin D. Martin house to his series of graphic abstractions of Wright buildings.  These illustrations, created with Adobe Illustrator, capture the essence of each building in a logo-like, one color distillation.
Posted by EJF at 11:08 AM No comments: Links to this post